“Painter-Tourist” is Eliahou Eric Bokobza’s second solo exhibition, two years after his wonderful “Plaisir Oriental.” Even then, Bokobza was engaged in cultural criticism. It took the form of dealing with the transfer of systems of images and symbols from one culture to another: the formation of multiculturalism. This time he is a methodical investigator of the Israeli system, following the early Bezalel School roots of the art of building an “Israeli image.” As in the earlier exhibition, he pulls no punches, but now he makes a broader, sharper and perhaps crueler statement.

Bokobza draws on two main sources for his current exhibition: paintings of his childhood, especially houses, a rooster and a clown; and the paintings and graphic works of Ephraim Moshe Lillien and long-time associates Ze’ev Raban and Meir Gur-Arie. The fact that this show follows so hard on the heels of the Ze’ev Raban exhibition in the Tel Aviv Museum of Art affords a comparison for anyone who has seen both. Raban is enamored and moved by what he sees as the beginning of the realization of the prophetic vision, but there is  almost nothing “local” about it. Bokobza, on the other hand, offers an ironic perspective; and while his work is also not “local,” at least it accepts the judgment that while it is “here,” it does not really belong and is forever alien. 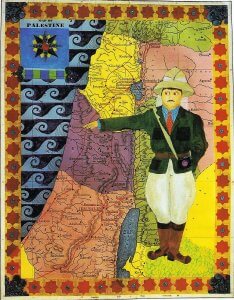 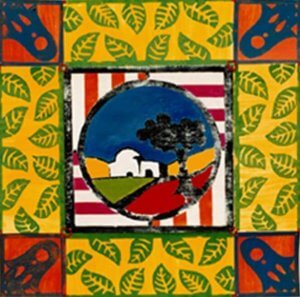 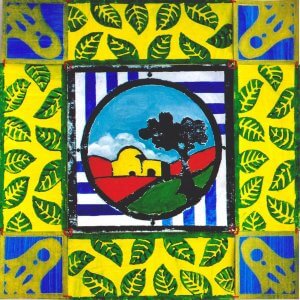 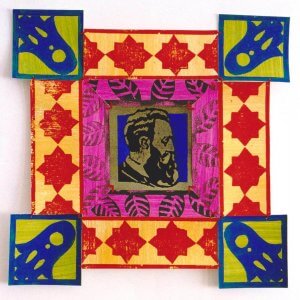 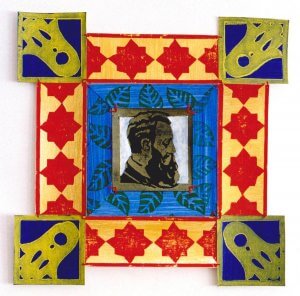 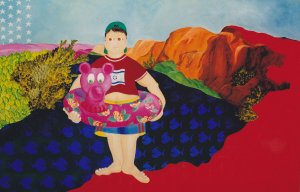 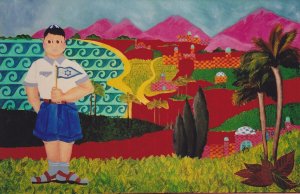 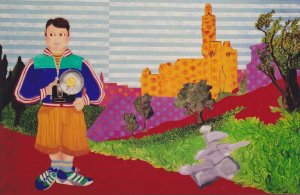 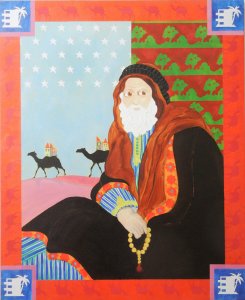 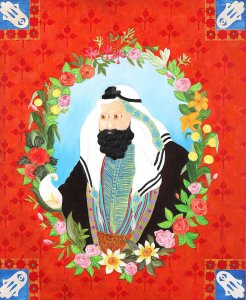 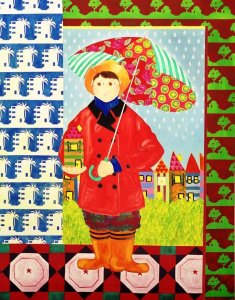 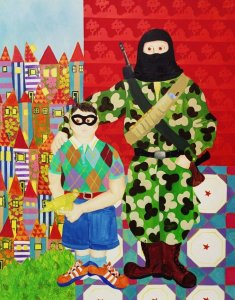 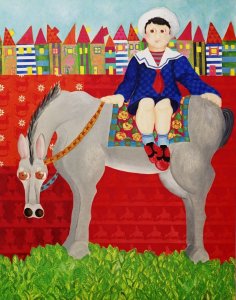 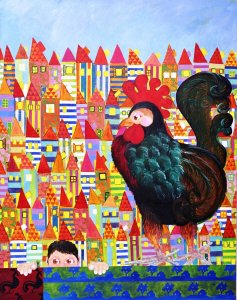