The boy who drew cats

The exhibition “The Boy Who drew Cats” is devoted to soft, long-haired cats whose slanted eyes stare straight out at the viewer. They appear against a flat vivid phantasmagoric background, reminiscent of a flimsy pasteboard set, which contains elements taken from classical Japanese landscapes and popular comic books and manga. This impossible combination creates an eerie artificial backdrop whose images are emblematic of war: mushroom clouds, raining missiles, and explosive onomatopoeic words. The surrealistic link between the treasured pet and violent representations of war conveys the message that disaster is an integral part of the sense of stability afforded by domestic space.

The exhibition has both local and global aspects. The atom bomb, which has become an icon of Japan’s surrender, appears alongside a work entitled Red Dawn, the alert for incoming missiles that has become an Israeli icon. Bombings and Kassam and Grad missiles are now part and parcel of the daily routine of Israeli society. The defenselessness of the periphery and vulnerability of innocent civilians is also present in additional works that make a distinctly anti-war statement. Thus, for example, in American Cat, a cat is holding a missile in its teeth, an image symbolizing the American unit that dropped the bombs on Hiroshima and Nagasaki. In fact, American Cat is a precise replica of the insignia of the original military unit. In the painting, the grotesque conjunction between the childish Disney-like aesthetic and the horror of the bomb becomes more surreal than ever. The odd union also implies that the soldiers are behaving like children, thus ridiculing the macho culture embodied by war. The innocuous pet seems to serve as a thin disguise for the cruelty of human beings, who are not averse to brutal acts of killing. 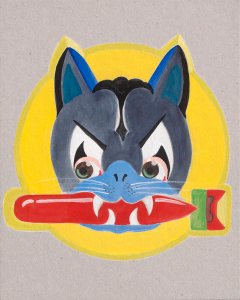 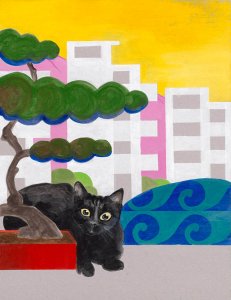 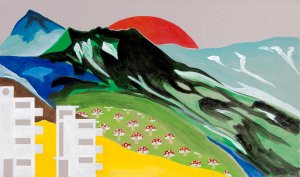 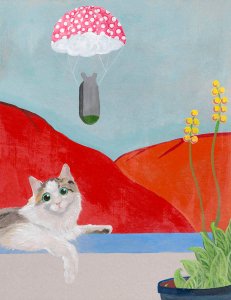 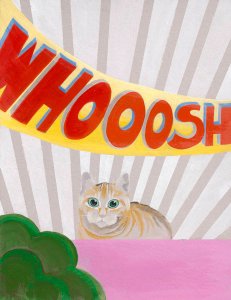 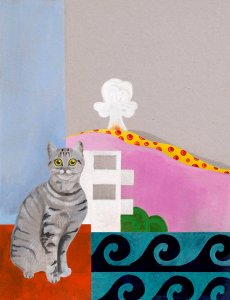 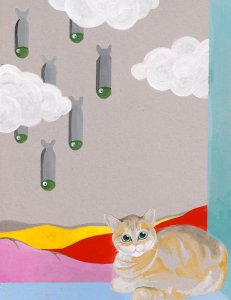 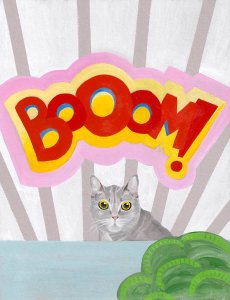 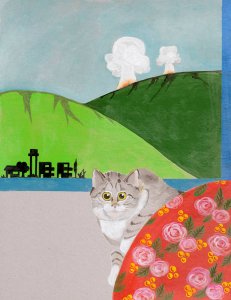 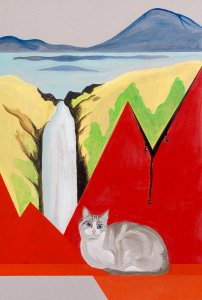 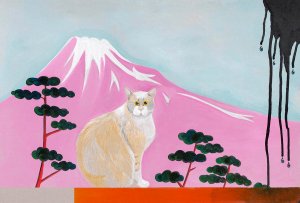 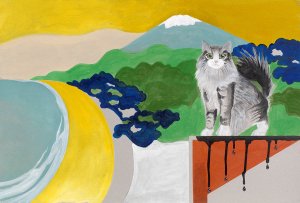 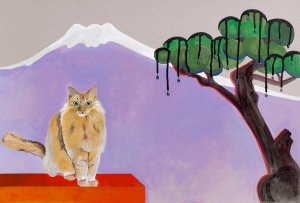 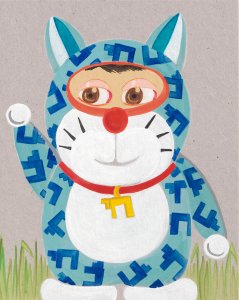 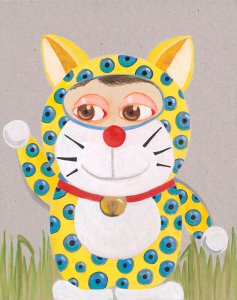 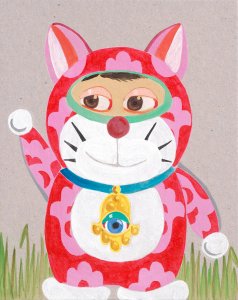 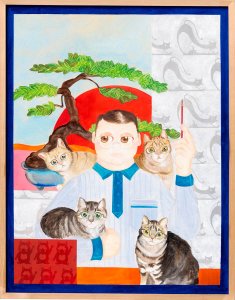