On the Dialogue between Eliahou Eric Bokobza and Nahum Gutman

…The crux of the dialogue between Bokobza and Gutman is bound up with the question of local space and its changing identities. While in his earlier shows Bokobza dealt with the Mizrahi family (his own personal one and its double immigration story from Tunis to Paris and from Paris to Israel), as well as the Ashkenazi family, in Jaffa he gazes for the first time at the Arab family, taking on himself, a Mizrahi man, the role of intermediary or middleman between the Westerner who has come from abroad and the local Levantine. To do so, he dons the identity of a Jaffa painter, and following the myth of Jaffa Oranges, roams the city’s spaces and orchards – a central theme in Gutman’s early work. There, in the heart of Jaffa’s orchards as seen through Gutman’s eyes, Bokobza “plants” those elements originally left out of the frame or relocated into a different space.
Bokobza traces onto his canvases – using archival photographs from those years – the direct, daily contact between Jews and Arabs, the presence of Arab orange growers, the existence of Arab women (“Afifa”, “Aaliya”, “Malika”, “Na’ima”) who won’t portray the ideal of the sensual woman for Western men, as well as the lost oriental dominance which used to characterize the entire space. He wishes to re-embroider a life-reality that, because of Orientalist fantasy on the one hand and the Jewish-Palestinian conflict on the other, has split into different channels, each severed from the other, some of its parts effaced altogether. All of this is seen as a ravishing vision in a “naïve”, childlike style with grotesque elements.
Referencing Gutman and reacting to him, Bokobza proves that a new gaze and the ability of reinterpretation can bring Nahum Gutman’s Eretz Israeli work into the illuminated realm of contemporary discourse. 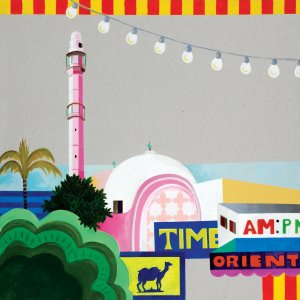 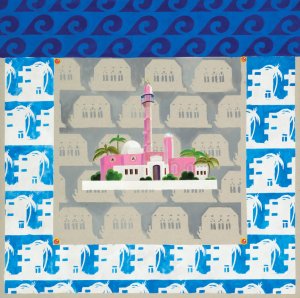 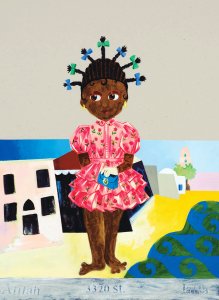 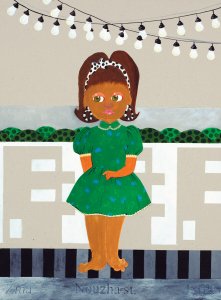 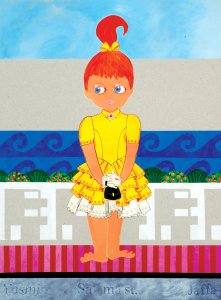 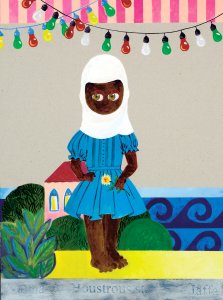 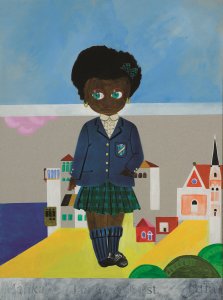 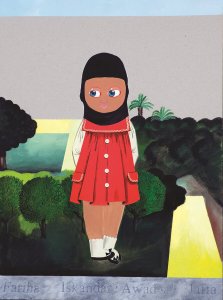 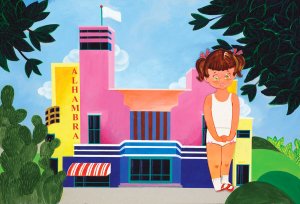 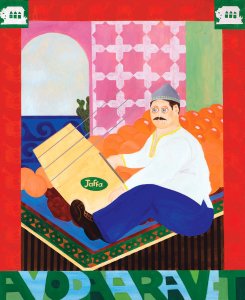 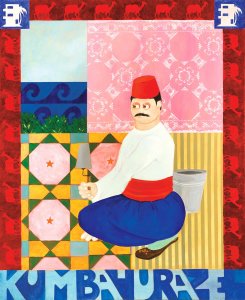 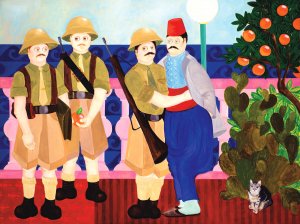 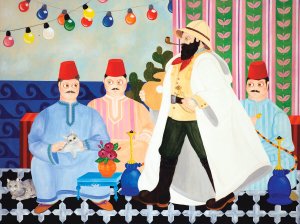 The visit of Boris Schatz 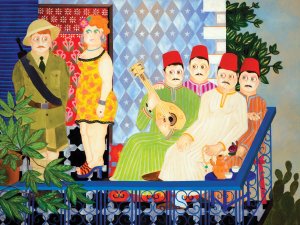 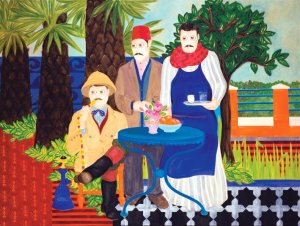 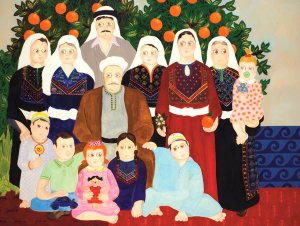