One hundred years have passed since Rubin’s first New York visit, and in the present show Bokobza takes Rubin back to that early decade in New York, joining him on an imaginary adventure.

Rubin may have been the first Eretz Israel painter who had a solo show in New York, in 1921, even before he had settled in Palestine, organized with the help of Alfred Stieglitz the noted photographer and art patron. This is when American collectors, mostly Jewish, were first introduced to Rubin’s art. The earliest ones who purchased his paintings, however, were New York collectors following his second show in the city in 1928. Enchanted by the Eretz-Israel landscape and its exotic inhabitants, they were also lured by the orientalist approach to the land.

To this point in place and time Bokobza returns in his animated film “Following Rubin”, at the center of his current exhibition at the Rubin Museum. Bokobza invites the viewer, like in a silent black and white movie, to a virtual cocktail   party at some collector’s home. During the party the film is screened in color, documenting the artist as he is facing the landscape and its inhabitants, featured on his canvases that will be shown on his upcoming New York show. 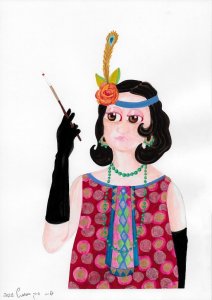 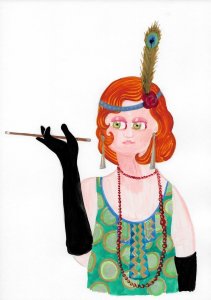 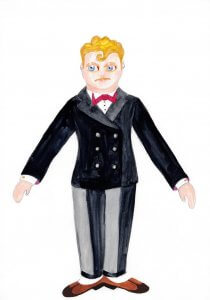 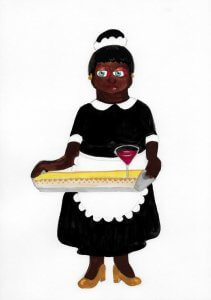 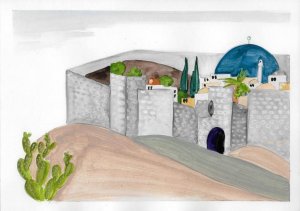 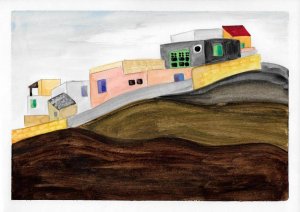 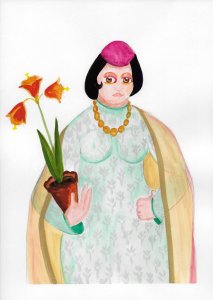 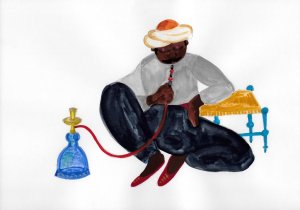 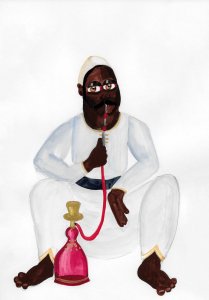 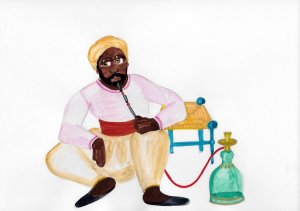 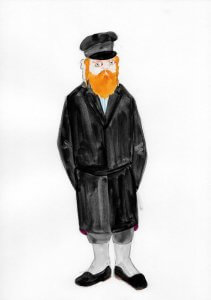 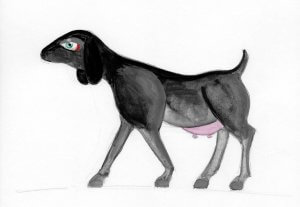 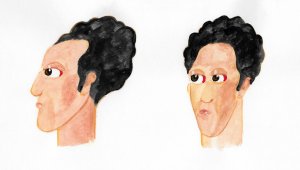 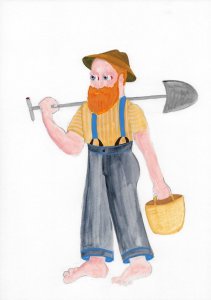 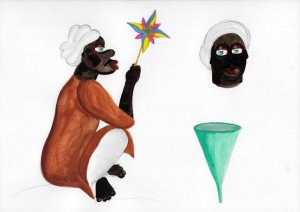 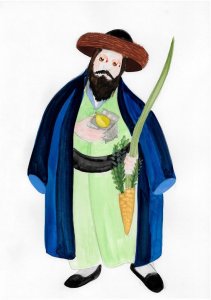 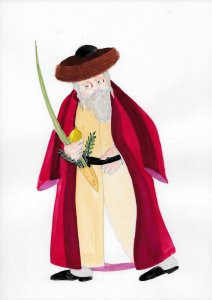 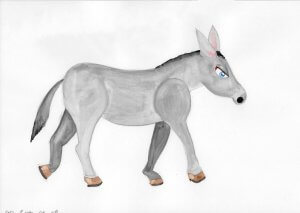 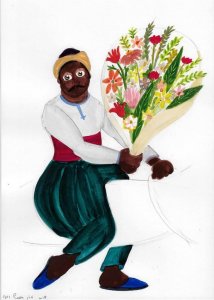 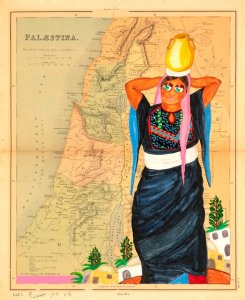 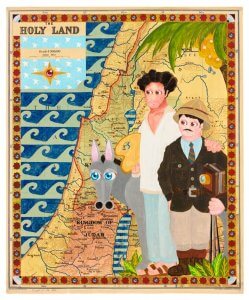 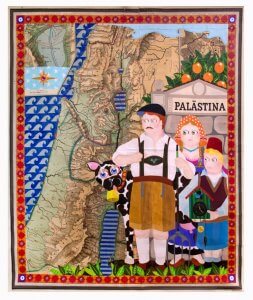 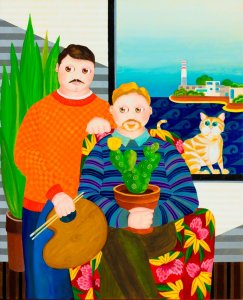 The Painter and his Mate as Young Men 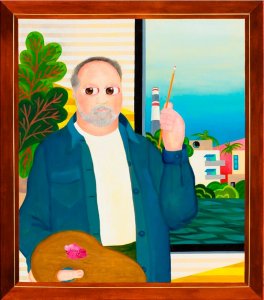 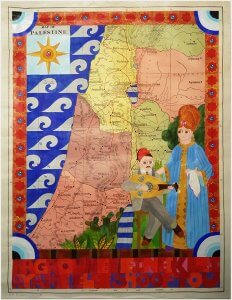 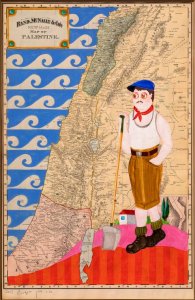 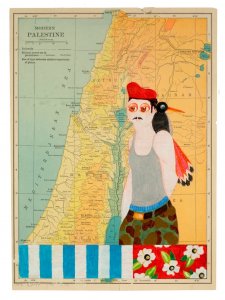 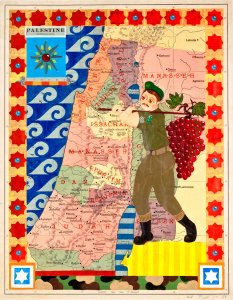