Eliahou Eric Bokobza’s exhibition consists of original and new works created in recent months, when the corona plague broke out in Israel. Bokobza created in the exhibition a ghost world in which the (almost) only form of life on earth is the carrier of the disease. The world of the exhibition is a colorful, seductive world that invites the gaze of visitors. In the video work, the virus emerges from space, visiting empty environments free of any human presence, similar to what happened during the first closure and ending its journey in the depths of the sea. The corona virus is portrayed under the hands of Bokobza as something safe and beneficial, similar to a generous sun, which makes its journey in the sky and dissipates life energy and heat everywhere. The figure of the virus, under the brushstrokes of Bokobza, also conjures up the observing eye which is a recurring motif in his work.

A further look at the landscapes reveals that the landscape consists of archetypal images of Eretz Israel that cite the style of work of early Bezalel artists: Meir Gur Arie and Zeev Raban; Surreal worlds like that of Yohanan Simon, and a heavenly composition that pervades Mordechai Ardon’s paintings. The dystopian grandeur of the landscapes in which only the disease is present, softens in light of the friendly representation of the virus and the optimism embodied in the human being in the landscape.

Thus, it is revealed to us that alongside the anxieties and dramatic changes that the recent period has brought with it, there is another place for an old, intimate, human and compassionate look at the situation we have found ourselves in. 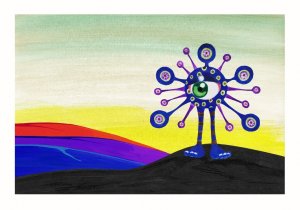 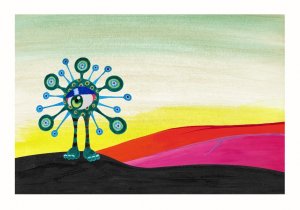 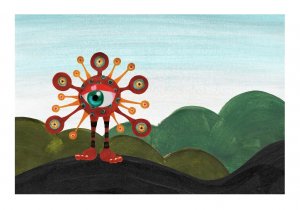 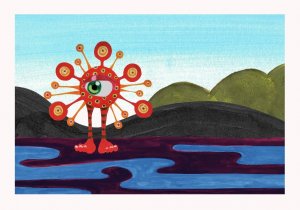 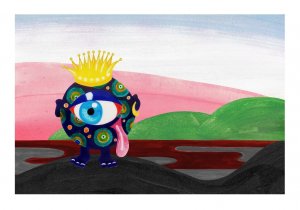 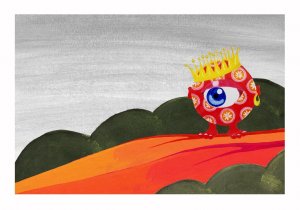 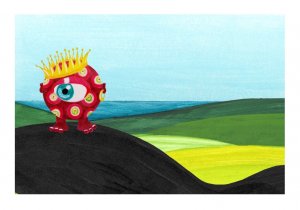 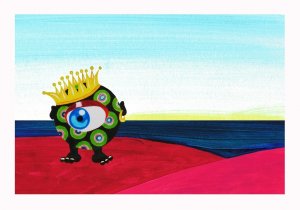 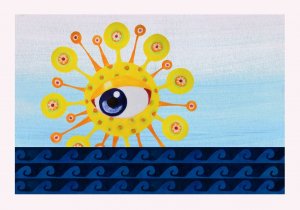 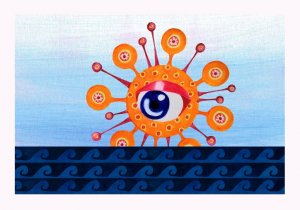 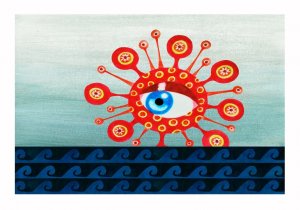 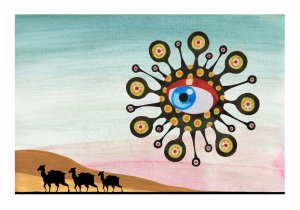 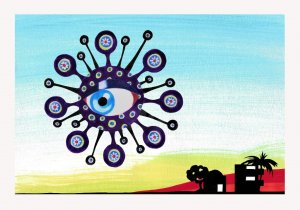 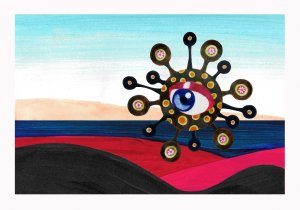 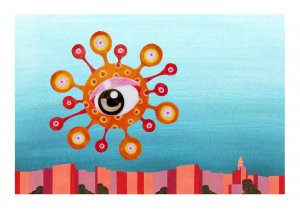 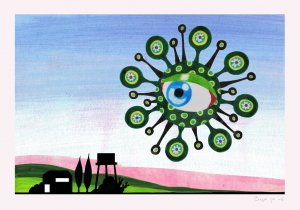 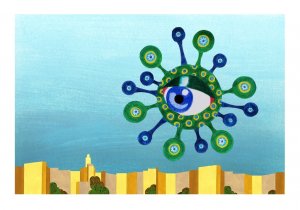 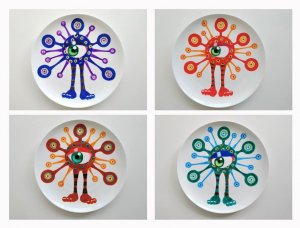 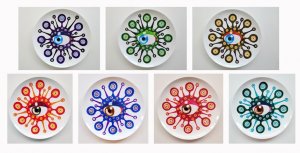 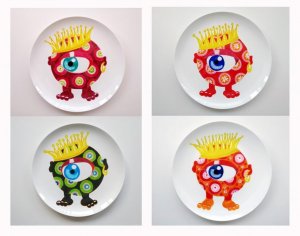